It has certainly been an action-packed half term of extra-curricular sports at Longbenton as our students continue to thrive on the opportunity to represent their school in local and regional competitions.

The school have a very comprehensive programme of activities (see attached document) and we encourage all students to come along and try a sport during the lunchtime or after-school clubs. You never know – you might go on to represent your country like former LHS student Sarah Hunter!

The Autumn term is traditionally a busy one for sport and, thanks to the wonderful efforts of the North Tyneside Council Sports Team, this has been no exception.

Among the sports that our students have competed in so far are:

There have been some stand-out performances so far, with the Y11 basketball in particular putting in a number of excellent displays. The team, including Nathan Duff, James Sample, Aidan Longstaff, Sonny Tait, Matthew Knox, Mason Morton, Max Brewis and Joshua Barnsley have continued to go from strength to strength. Their performances have been characterised by a willingness to learn from every game, teamwork and tenacious defensive play. The team are training most lunchtimes and their desire to improve is paying off in competitive matches. Well done and keep up the great work!

The Y7/8 football team played an exciting game against Monkseaton Middle school just before half term and there were some notable performances with Connor Young proving to be commanding at centre half and Will Masterton and Elliot Kalthoeber sharing the goalkeeping duties with a real sense of calm authority; Will’s last ditch save was world class! The students, like the basketballers, have been training hard, with the Monday sessions after school being well attended.

Table tennis has enjoyed a real boost around the school with the clubs on a lunchtime being full to capacity. The students have taken this enthusiasm for the game into the local tournaments and the standard of play has noticeably risen with Matthew Bowler, Sonny Tait and Jake Robertson leading the way, so much so that Mr Hunter and Mr Main form the ultra-competitive Maths Department are keen to challenge the students to games on a lunchtime. We may even see a new staff versus students LHS table tennis championship taking place in the coming months!

The performances of all the teams have been characterised by the consistent level of sportsmanship, fair play and growth mindset that is so important to continued improvement. All the staff involved in the clubs have been extremely impressed with the efforts of the students and the level of maturity the students display when representing the school with such distinction. Well done everybody and we are already looking forward to the next half term!

"In our time so far at Longbenton High School we have spent a lot of it participating in sports clubs. Many of these clubs have led to competitions during or after school. These include: football, table tennis, trampolining, rugby, badminton and surf club. During lunchtimes there are a wide range of different sports to try out and get involved in. All of these sports are kindly delivered by different teachers around school. These clubs (apart from surf club) are free and kindly accept new members.

Due to participating in these clubs we have been able to take part in a number of table tennis competitions at Churchill Community College. We enjoyed representing the school and winning some of our games against different schools in North Tyneside. So far in Year 8, the football team have played several matches. Recently they drew 1-1 against Monkseaton Middle School, representing our school and showing off their talent. On a Friday after school surf club takes place at the Tynemouth Longsands. It costs ten pound for the mini bus there and back, the wetsuits and the equipment."

"On the last Wednesday in July, all the students took part in sports day that lasted all day but don’t worry, we had plenty of water! Students were split into four teams, Hunter, Ritson, Miller and Bronze, competing to gain the most points in two separate events chosen by themselves; this was a competitive and fun aspect to the sports day.

The first events were football, rounders and tennis (my partner and I did a spot of tennis and the event was very well organised as Year 7s played other Year 7 teams and the scores were accurate and documented). Secondly, there was a choice of benchball, badminton or rugby. The last part of the day involved races and relays and finally the results… and TEAM RITSON WON! All in all a great day."

"The Sports Presentation Evening at Longbenton was an amazing event. The evening was a really big success, and felt like a proper awards evening for all the students. The night started with music from two older students, and then the presentation began. There were awards for each year group, girls and boys. After all the year group awards were given out, then there were separate awards for best all-rounders and awards representing the Olympic and Paralympic values. These were Friendship, Respect, Excellence, Determination, Inspiration, Courage and Equality. I was very honoured to win the Respect award, and I know that everyone was very pleased with their awards. Getting awards presented to you by the basketball coach was really special, and I would always go again. I hope that everybody who attends in the future has as good a time as I did." 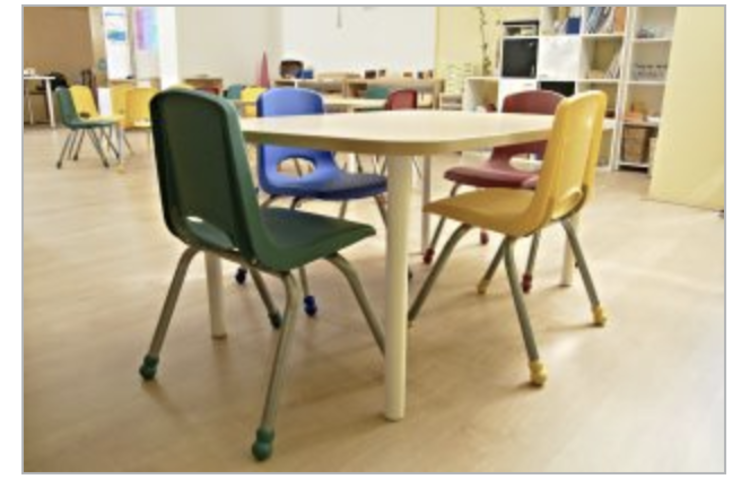 Key Worker and Vulnerable Students in school during national lockdown